My take on Trump’s Secretary of State pick 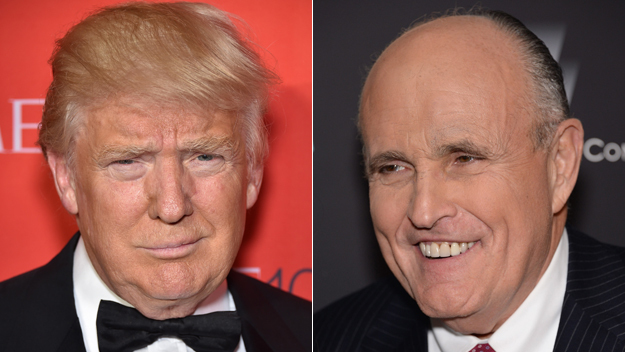 There’s been so much hysteria since Election Day about our new president-elect. What kind of president will he be? What does his election say about America? What does this mean for the future of the GOP?

Here’s my take. You can forget most of what Donald Trump said as a candidate. I say most because I think he will be very active in two areas: immigration and trade. Beyond that, if you want to know what his administration’s position will be on any given issue, don’t look to what Donald Trump has said in the past. Look at the positions of his cabinet picks and top advisors. People are policy.

This is always true but I think this reality will be accentuated with Trump.

The coveted position — the one everyone is talking about – – is Secretary of State. People tend to hear a name and if they like the person they think he’d be a good pick. So, if you like Rudy Giuliani, for example, you hear his name associated with Secretary of State and you think, “sure, he’d be great.”

For Secretary of State we need a diplomat and there are a lot of war hawks on Trump’s short list.

Remember, people are policy and that’s likely to be more true than ever with Donald Trump as president. Who Trump chooses as Secretary of State will have tremendous ramifications on US policy and our relationship with the rest of the world over the next four years and beyond.

I think Rudy Giuliani did a great job as Mayor of New York City but I’m not comfortable with a the whole “tough guy” Secretary of State. I’m even less comfortable with another rumored pick, John Bolton, who still thinks the Iraq War was a good idea. If you want to go to war in the next four years, John Bolton is probably your guy. Bolton would be tough to get confirmed as Republican Senator Rand Paul has vowed to put together a coalition to block his confirmation. I put General David Petraeus, another rumored pick, in the same category. I want a diplomat, not a soldier, as Secretary of State.

Two names on the list I could live with are Mitt Romney and Jon Huntsman. These men are diplomats. Think about Romney, the businessman, working to get a deal. That’s what the Secretary of State does. He makes deals. He negotiates. Huntsman is a former governor who served as Ambassador to Singapore under the first President Bush and Ambassador to China under W.

Why did George Washington choose Thomas Jefferson as our country’s first Secretary of State? Because he was a diplomat. He didn’t choose his right-hand man Alexander Hamilton because Hamilton was a hot-head. He wasn’t suited for the position. So Washington puts Hamilton in charge of the treasury. Still wants him on the team, but not as our top diplomat.

Trump should do the same. If he values Giuliani, Bolton, or Petraeus he should find a place for them on his team and choose a diplomat to be Secretary of State.